Jojoba Beads for Soap Making (Benefits and Use) 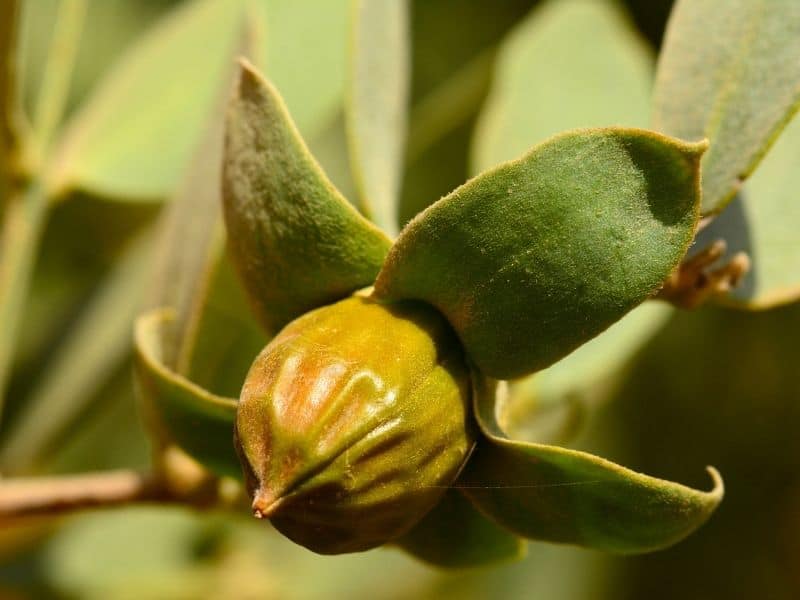 The jojoba bean is native to North America and was once used by Native Americans for food, water storage, medicine, and fuel.

Today jojoba is mostly known for its oil, which is extracted from the bean. Jojoba oil is beneficial for skin and hair care.

Recently, jojoba beads have been added to soapmaking. Jojoba beads are made from jojoba oil and are a great alternative to other exfoliants such as apricot kernels

What Are Jojoba Beads

Jojoba oil is a rich liquid wax produced from the seeds of the Jojoba shrub. Jojoba oil is composed of several various long-chain compounds.

Processes such as hydrogenation and transesterification are being used to transform these molecules from a liquid to a solid wax.

A jojoba ester is a solid wax used to develop cosmetic products, generally known as a jojoba bead.

What Are The Benefits Of Jojoba Beads?

Larger jojoba beads have been used in remedies for areas that require more thorough treatment, such as the foot, and they can increase the appearance of a product.

Each product’s aesthetic impact is boosted by its unique color palette. Colors and sizes can be blended to make a more versatile and visually appealing product.

One of the best attributes of jojoba oil soaps and other products using this ingredient is what it can do for your skin. Jojoba also resembles the structure and consistency of sebum, a natural oil secreted by the sebaceous gland in the skin that greases and waterproofs the skin and hair.

Because it mirrors sebum, jojoba can encourage your skin to produce minimal sebum, decreasing oiliness and protecting you from acne outbursts. It exhibits PH levels that are pretty comparable to our natural sebum.

As a result, jojoba oil is extensively employed in leave-on products like lotions and lip balms. Because of its excellent all-natural moisturizing qualities, jojoba oil is frequently used for acne-prone skin.

There are also soft jojoba beads. These gentler beads have a lower melting point and can be smashed on the skin aside from working as an exfoliator.

The beads and their hydrating effects can be absorbed through the skin. Other substances, such as vitamin E or perfumes, are usually carried by these delicate beads.

Jojoba beads are biodegradable and ecological since they are made from liquid wax. Manufacturers integrate the beads to solid mediums, including soap, and more fluid mediums, such as gels and creams, in beauty products.

They are seldom used in liquid products since they tend to float or sink rather than distribute uniformly throughout the material. Because of this, they’re excellent for face cleansers, as microscopic tears can promote the aging process.

Due to their spherical shape, jojoba beads are ideal for delicate skin and are widely used as an exfoliator. The beads are mainly encountered in exfoliating soaps, scrubs, and cleansers.

The beads are more gentle than other substances often used in this sort of treatment, such as nutshells, and therefore do not aggravate or cause skin irritation or leave it exposed to bacteria. Unlike some harsh exfoliants, which can cause tiny rips on the skin’s surface.

The Process of Making Soap With Jojoba Seeds

People can buy jojoba seeds pre-made or in bulk to create their own. Or plant the jojoba seeds and grow them. These seeds have a large wax concentration and are firm, light brown, and pod-like. Jojoba seeds are harvested when perfectly mature, generally in the summer.

Wait for one to two weeks for the seeds to dry. Because the jojoba seed is 54 percent wax, it has a high oil content. The moisture concentration should be around 10%. Fill an expeller press or seed press partially with dried jojoba seeds.

Discard the resulting wax, which has a light oily appearance. Separate the meal from the seeds and discard it. The meal is rich in proteins, but it also contains Simmondsin, a toxin that must not be ingested.

our glass containers with airtight lids with the obtained jojoba oil and store them in a dark, cool, and dry place. Unlike other cosmetic oils, jojoba does not go stale. Jojoba oil may be kept and used indefinitely without damaging the environment.

It’s important to remember that refining homemade jojoba oil is a time-consuming and expensive process; making golden jojoba or unprocessed jojoba is far simpler and much more organic.

When making soap using jojoba oil, consider that traces may occur more quickly, so soap at reduced temperatures than usual to slow it down effectively. Allowing jojoba oil to take up more than 10% of the oils used in a recipe is highly discouraged.

If you use too much, the soap bar will only become soft, and the lather will be poor. Since it is so pricey compared to other soap-making oils, many soap makers find that the use of too much jojoba oil is unsustainable.

In both melt and pour and cold processes, jojoba beads can also be used as soap to give moderate exfoliation. Temperature is vital for incorporating jojoba beads in melt-and-pour or cold-process soaps.

Jojoba beads can melt if overheated because they are composed of jojoba oi. To be safe, jojoba beads should be added to melt and pour below 140&#2013265922;F. To suspend the jojoba beads adequately in melt and pour, taking note of the temperature is highly significant.

The beads are well-dispersed in the soap mixture due to their dense composition. It’s surprising how very much a few degrees could change.

Why Jojoba Seeds Are Better Than Microbeads

Crushed seeds, for example, can be irritating on the skin due to their rough surfaces. However, the spherical shape of jojoba seeds implies they offer reduced aggressive exfoliation and are likely more ideal for everyday application.

Can jojoba oil be used as a carrier oil?

Yes, jojoba oil can be used as a carrier oil. It is frequently used in this manner because it has a long shelf life and does not go rancid quickly.

What is the difference between jojoba beads and other exfoliators?

Yes, jojoba beads are biodegradable and will not harm the environment.

How long do jojoba beads last?

Jojoba beads have a long shelf life and can last for many years if stored properly.

Jojoba beads may melt if they are exposed to high temperatures. It is important to add them to melt and pour soap at a temperature below 140 degrees Fahrenheit to prevent them from melting.

What are the benefits of using jojoba oil in soap?

Jojoba oil is beneficial in soap because it is non-comedogenic, meaning it will not clog pores. It is also a natural moisturizer and helps to protect the skin from sun damage. jojoba oil is also beneficial for hair, and can be used as a conditioner or scalp treatment.

Jojoba oil is a versatile oil that can be used for many purposes. It is beneficial for soap because it is non-comedogenic and helps to moisturize the skin.

Jojoba beads are also beneficial as they are biodegradable and offer gentle exfoliation. 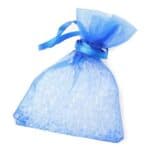 How Much Fragrance Oil Per Cup Of Aroma Beads 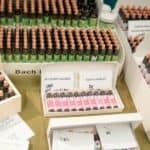 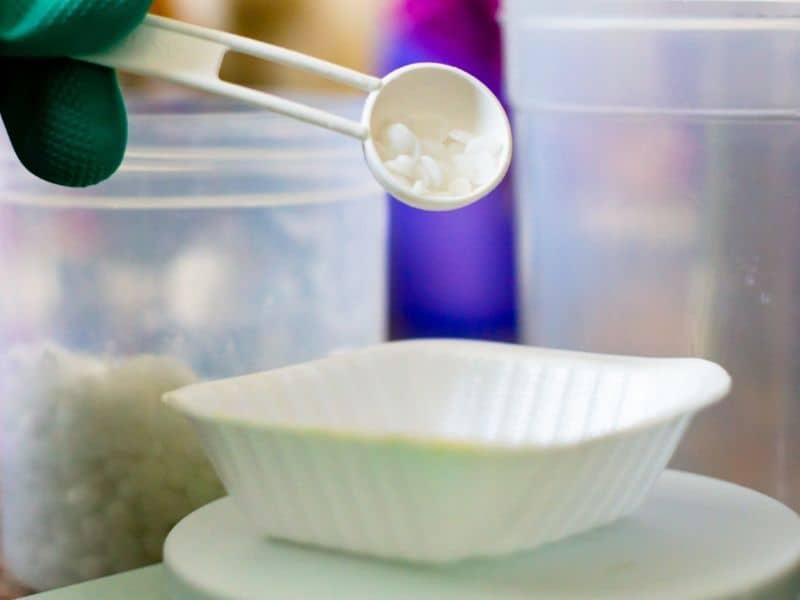 How to Measure Lye for Soap Making 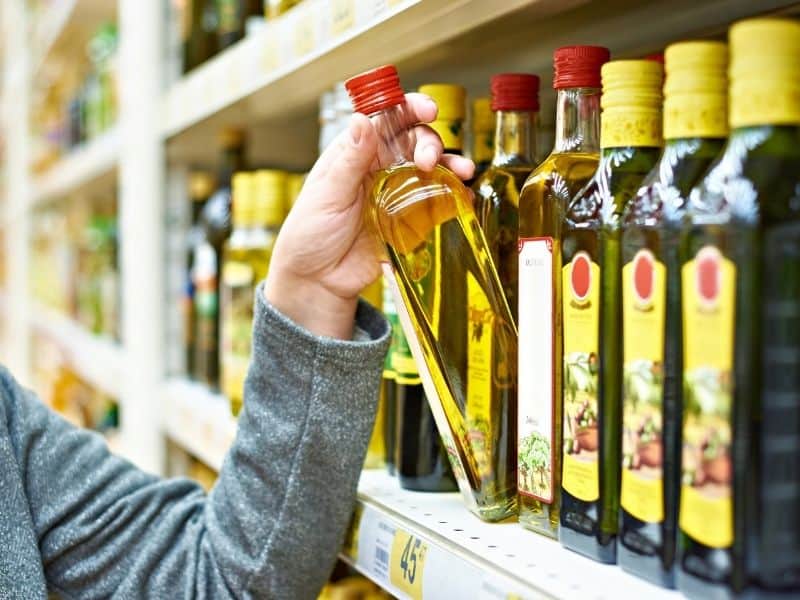 What Kind of Olive Oil For Soap Making? (Surprising) 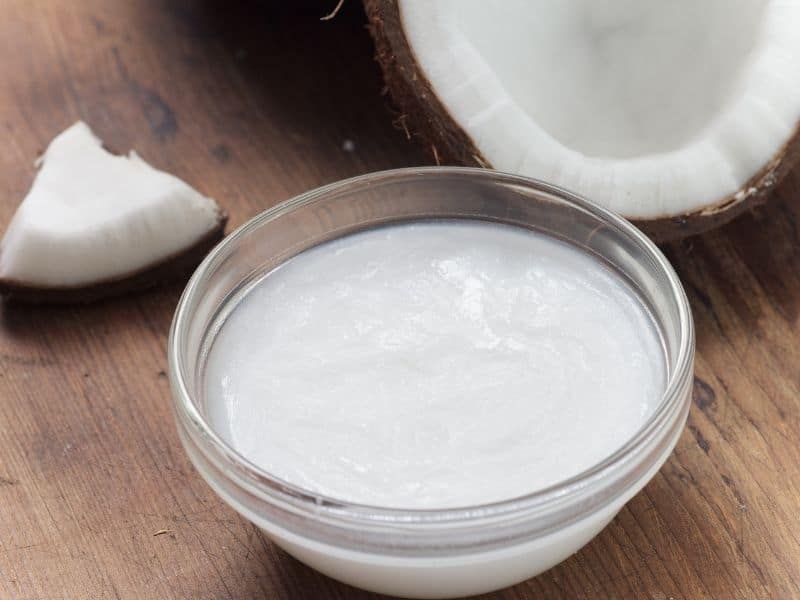 What Coconut Oil Is Best For Soap Making? (Surprising)