What Are Shower Steamers? (And How Do You Use Them) 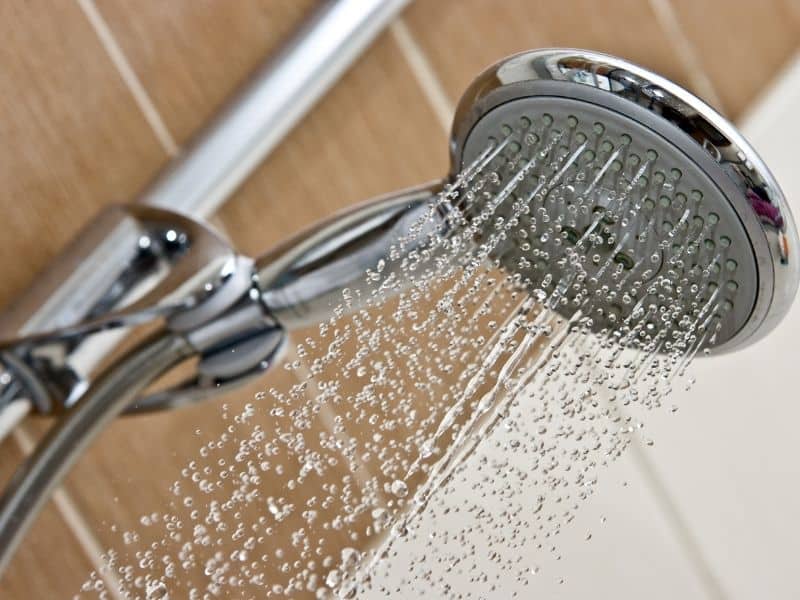 Shower steamers are more popular than ever with everyone looking to get soothing and relaxing bath accessories. Shower steamers are also known as shower fizzies are somewhat similar to bath bombs and at the same time, they are vastly different.

Let’s take a closer look at what exactly shower steamers are.

What are shower steamers?

Shower steamers are small discs that you place on the shower floor near the stream of water. The steam and hot water will activate the fragrance oils and essential oils and release them into the air.

Shower steamers are packages of essential oils and other ingredients that create pleasant and therapeutic smells when the steamer package is opened and placed within the area of the shower. Ideally, they should be placed where they will receive as much shower steam and mist as possible to properly release their fragrance.

The shower’s mist carries the scent contained in the steamer around the confines of the shower and up into your nose so that you can effectively enjoy those pleasant smells.

Are shower steamers the same as bath bombs?

Shower steamers are similar to bath bombs in that both react and release essential oils and other chemical ingredients when exposed to water, however, a bath bomb is designed to dissolve and release its scent payload when immersed in water.

While a shower steamer is a more concentrated mixture of substances that are designed to release their therapeutic smells via the steam and mist created when showering. Bath bombs may also include dyes and skin cleansers that are released into the water, either to produce a pleasing cosmetic effect or to provide pleasant sensations and benefits to the skin of the bather.

Shower steamers can’t take advantage of the close contact between the water and the bather’s body and dyes don’t make much sense in the shower, however, if you are taking a shower anyway a shower steamer is as near to the benefits of a bath bomb as you are probably going to get.

You may find shower steamers sometimes referred to as ‘shower bombs’. Both terms mean the same thing, however, the term ‘shower steamer’ is a better description of how these work as the steam generally plays an essential role in creating the powerful and effective fragrance involved.

The word ‘bomb’ in bath bombs is somewhat effective in describing the way that the bath bomb reacts when placed into the bathwater, but doesn’t apply when a shower is involved.

If you’ve noticed that the scents of certain fragrances are emphasized when you are in the running water and steamy mist of a shower, then this is the effect that shower steamers are designed to capitalize on.

How do you use shower steamers?

Generally, they don’t need to be placed within the shower stream itself, as this would wash away the contents of the package and waste most of its effects. Instead, they are placed where they can become saturated in the mist that is released by the hot shower water.

That steamy mist acts as a carrier for the scents. It also helps to amplify them, partly due to the way that your nasal passages open up when exposed to a moist, warm, and misty environment.

If you have a shelf in your shower to hold soap and bath products then this can be a good place for the steamer.

Some shower steamers may also come with a cord or hook to hang them in an appropriate place in the shower recess. Experiment with the placement to see what provides you with the best effect and the most convenience.

Once you have found a good spot for the steamer that is somewhere out of the direct flow of the water but near where that lovely shower steam circulates, just follow the directions to open the package and place the shower steamer down to let it do its work.

They are quite easy to use. If you want to speed up the process of distributing the steamer’s scent then try dribbling a small amount of water onto it. This will help release the essential oils into the mist.

Why should you use shower steamers?

If you want to enjoy pleasant scents while cleaning your body then bath bombs have traditionally been the main way to achieve that. Bath bombs require baths, however, and baths can have some drawbacks.

While baths can be a great way to relax, they are less water-efficient than showers and often leave you wallowing in the dirt and muck you have accumulated during the day rather than having that mess conveniently taken away be a drain as you clean yourself off.

Showers are a great place to relax and de-stress. They let you clean off the dirt of the day, and also wash away the cares and tensions that you have accumulated in your daily pursuits. And the scent is a powerful tool for influencing your mood and emotions, so shower steamers can greatly enhance the cathartic effect that a shower provides.

Scents and smells also have powerful mnemonic properties. Our senses of smell and taste were amongst the earliest senses to evolve and are deeply rooted in our brains as a result. Scents act as triggers, both of dangers and of places and situations where we can let our guard down and feel safe.

Shower steamers are a good way to let us build these powerful relaxation triggers so that we can learn to automatically relax in the controlled and comforting environment of a cleansing shower.

What are the benefits of shower steamers?

If you have acquired a clogged nose, throat, or skin pores throughout your busy day then a shower steamer can help you unclog your blocked passages.

The essential oils found in shower steamers can include decongestants such as Eucalyptus and Peppermint that have strong medicinal value for clearing sinuses and other passages. This effect can be particularly beneficial if you have an illness that causes these passages to become blocked.

The main benefit of the steamer, though, is the relaxation effect of the scent that you will come to associate with your daily showering. Some experimentation with different scent packages and ingredients will help you find the perfect shower steamer to team with your time in the shower.

Will a bath bomb work as well as a shower steamer in the shower?

Generally, no. Depending on the type of bath bomb you use it normally won’t be concentrated enough to be effective in providing you with the strong scent of a shower steamer.

The steamer is designed to release its scent into the thin mist and steam in the shower, where a bath bomb is meant to be dissolved into the much denser bathwater and release its scent from the effervescent reaction caused by that immersion.

The bath bomb will also have dyes and chemicals that will work great in the environment of the bathwater but may cause a mess when placed on a shower rack.

How do I use shower steamers?

Just follow the directions on the package to open it and place it in the shower. If you want to speed up the process, dribble a small amount of water onto it.

Why should I use shower steamers?

Shower steamers provide a relaxing scent while you shower. Bath bombs provide a similar effect, but shower steamers are more effective in the shower because the hot water and steam activate the scent.

What is in a shower steamer?

Shower steamers typically contain essential oils, which provide a relaxing scent. They may also contain other ingredients such as herbs, flowers, or spices.

Will they stain my shower?

No, shower steamers will not stain your shower. However, they may leave behind a residue if you do not rinse them off properly.

Can I use them if I have allergies?

If you have allergies to any of the ingredients in shower steamers, then you should avoid using them. Check the

Shower steamers are a great way to relax and de-stress after a long day. The essential oils in shower steamers can help clear congested passages, and the scent can provide a relaxing atmosphere while you shower.

Shower steamers are easy to use, and they will not stain your shower. However, be sure to rinse them off properly if you do not want any residue left behind.

If you have allergies to any of the ingredients in shower steamers, then you should avoid using them. 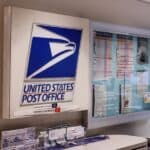 How To Package Shower Streamers (Packing and Shipping) 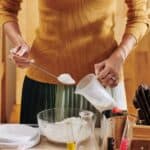 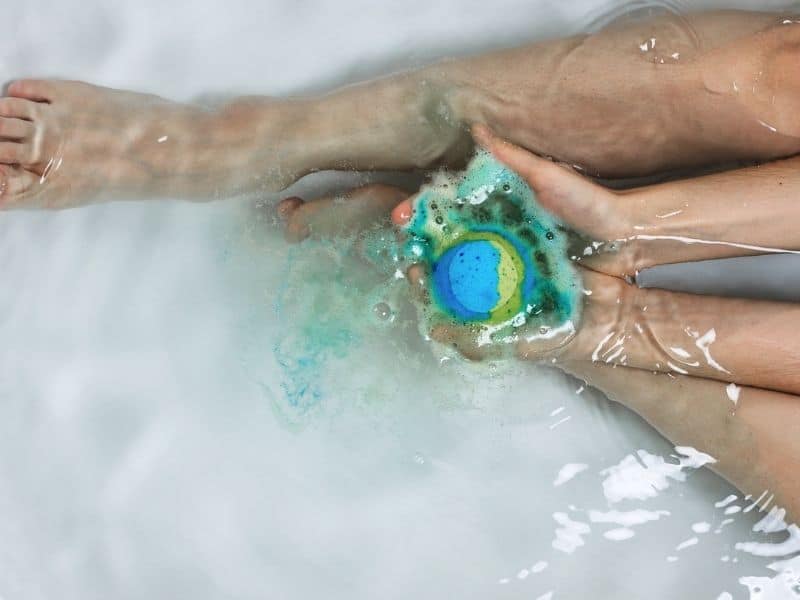 Can I Wash my Hair in Bath Bomb Water? (Surprising) 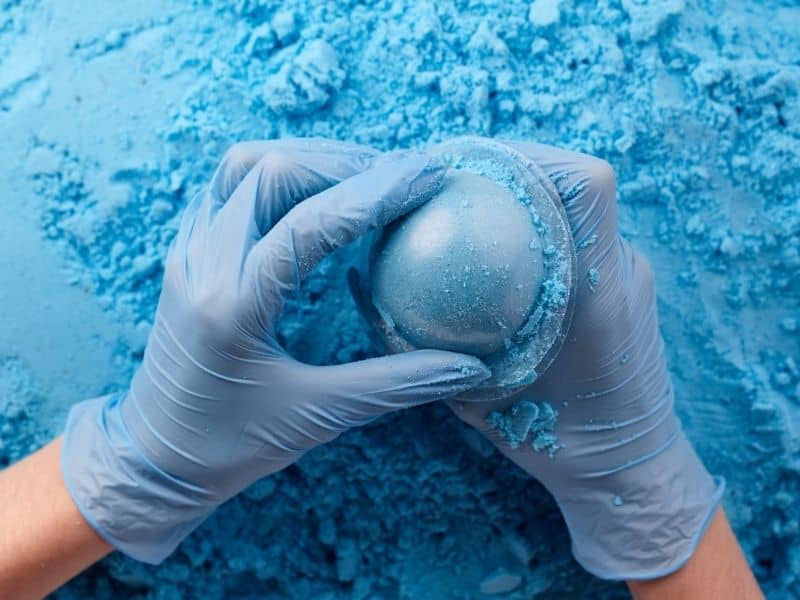 Nobody wants a soft bath bomb. It is oddly satisfying watching a perfectly shaped bath bomb go down into the water and start fizzing while maintaining that shape. However, sometimes that can be hard to achieve when starting. So, how do you make bath bombs harder? Make your bath bombs harder by using less water… 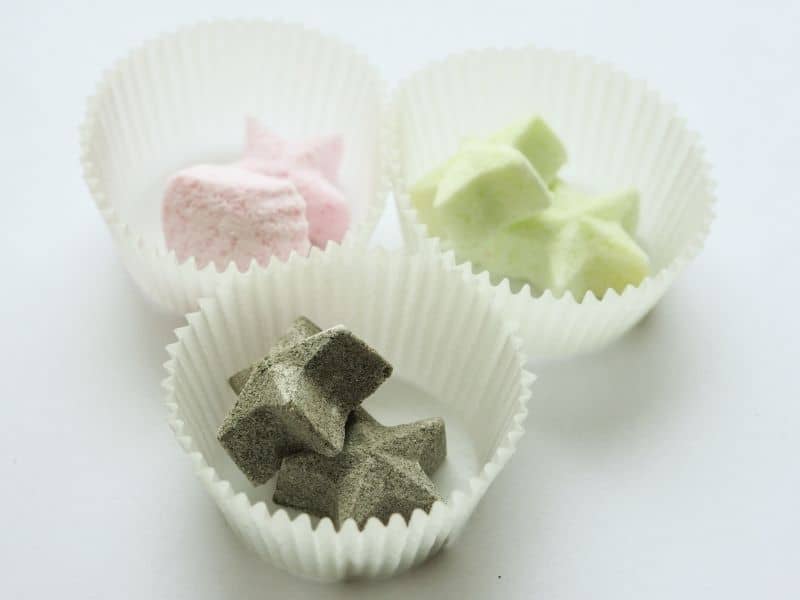 What Does Cream of Tartar do in Bath Bombs?